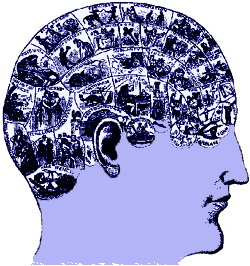 I wrote Walls of Silence with distinct divisions in the storytelling. Each Part is introduced by a quotation from G. F. Stout’s 1929 book: A Manual of Psychology. This signposting of changes in location and time, also serves to indicate the shifts in the battle between the main character’s conscious and unconscious mind. You could say the slide from one Part to another charts the workings of her subconscious.

The epigrams I chose to use in Walls of Silence:

It follows from this account that freedom is an ideal which can never be completely realised, and this ideal coincides with that of self-realisation.

Voluntary action is to be sharply discriminated from impulsive action, and deliberation from conflict of impulsive tendencies.

. . .  no one can directly observe what is passing in the mind of another. He can only interpret external signs on the analogy of his own experience. These external signs always consist in some kind of bodily action or attitude.

[The psychologist] is concerned with the experiences which make up the life-history of the individual mind.

The play of motives passes through all kinds of vicissitudes as the alternative courses of action and their consequences are more fully apprehended in relation to the self.

Experiences in general involve the presence of objects to the mind. We cannot perceive without perceiving something, we cannot suppose without supposing something to be the case, and even apparently objectless emotions are found in analysis to be directed upon something before the mind.

In spite of the mental assertion that we are not going to perform a certain action, the idea of that action, owing to other conditions, acquires and maintains a dominance in consciousness which ultimately leads to its realisation.

The epigrams I rejected in favour of the above:

It is in pathological cases that the fixed idea becomes really formidable.

Strictly speaking we only come to know what we want with complete determinateness in the actual process of attainment . . . we are continually finding out what we do or do not want.

As perception of what is actually present here and now depends upon sensation, so the apprehension of objects as past, present, future or merely possible depends in general upon images.

When the momentary impulse has ceased to dominate consciousness, the memory of the past action may come into conflict with the more general tendencies which give unity and consistency to a life as a whole. Regret or remorse of this kind is impossible on a purely perceptual plane . . .

It is necessary to distinguish between two kinds of ends: in the one, it is part and parcel of the end that it should be attained in a certain way by our own activity; in the other, it is a matter of indifference whether it occurs with or without our co-operation.

You can read more about my research sources for Walls of Silence:

Some books you just have to grow into