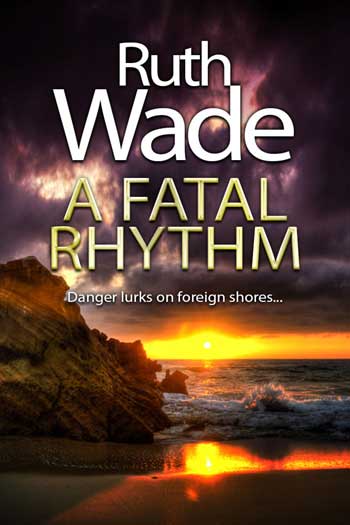 A Fatal Rhythm is a novel set in 1920’s Andalusia. It pulses to the tragic passion of the flamenco, jealousy, and the desire to belong.

Flamenco is the theme music that echoes down through the turbulent history of Andalusia. Often called tragedy in the first person, the dance became forever associated with the Gypsies who lived in the caves of Granada’s Sacromonte. Below is a young boy performing there in the 1960s. It feels as though he is dancing to his heartbeat. Watch the rest of the film if you want a taste of the world this child inhabited and a glimpse into how his spirit was carved.

I only recently discovered this video – many years after writing the novel – and am pleased and proud that my imagination conjured up a vanished existence similar to that which is captured through this camera lens.

You may also be interested in Ruth Wade’s other books: Dancing with Death* (the second in the Rhythms in Crime Dance Quartet) or Walls of Silence.

For crime stories set in 1920’s London, try the May Keaps series by BK Duncan.

* here you can watch a clip of rumba on the streets of Havana.

Research is the process of investigating and learning about, that which is not already familiar. But it begins from within.

The past in the present

Hilary Mantel’s thoughts on historical fiction chime with mine.

Praise for A Fatal Rhythm

“It was as if every man you had ever danced with was dead.”

The ‘Surplus Women problem’ was hotly debated in the 1920s.

Bloodhound Books is a leading independent publisher of crime and thriller fiction.

As a writer, not all influences are easy to identify.