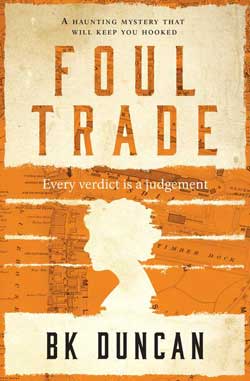 It’s often the odd or obscure things I turn up during planned research that intrigue me enough to go off down different paths to learn something new. These nuggets of knowledge always add more depth and texture to my writing. Here are some of the books that made up my voyage of discovery for Foul Trade:

Forgotten London: a picture of life in the 1920s. (Elizabeth Drury, Phillippa Lewis)

The New Survey of London Life and Labour

Borrowed Time: the story of Britain between the wars. (Roy Hattersley)

We Danced All Night: a social history of Britain between the wars. (Martin Pugh)

Cause of Death: the story of forensic science. (Frank Smyth)