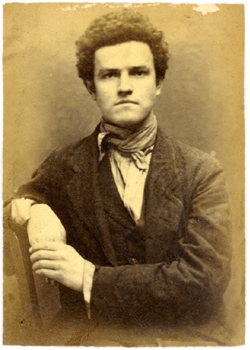 We’re talking scams, fiddles, dodges, and begging with intent – if not with menace.

The poor and homeless were just as much an unwelcome sight on the streets of London in 1920 as they are today. If not more so, because the public conscience was having trouble accepting the number of wounded and maimed (physically and mentally) Great War veterans with no source of income and nowhere to go but hang around street corners trying to sell matches.

Anyway, that is a subject for another piece.

For now, back to begging. It was highly illegal (as opposed to merely being against a law to which a policeman would often turn a blind eye) and miscreants would be hauled in front of magistrates or to the police courts and a night in the cells. So those who had no other resources than their wits  – and presumably some morals regarding straightforward stealing – engaged in fakery and swindles. Here are a few of the tried and tested.

WARNING: do not try these at home!

A labourer picks up a gold ring from the gutter. Loudly proclaims he knows nothing about metals and offers to sell it to the gathering crowd for 5 bob. When someone pays he palms them off with a brass curtain ring.

Chewing a piece of soap until foaming at the mouth. May be given brandy or a coin or two to get home.

Christian charity wasn’t classed as begging so the blind man who could see, deaf who could hear, or cripple who could walk were easy to arrange.

The little girl who drops her milk or beer jug and cries she’s afraid to go home with it broken because her father will kill her.

Women with a borrowed baby they pinch to squall, standing outside railway stations lamenting the lost train ticket — and sick child.

The pawn ticket that has only a few days to run. It was against a piece of jewellery but the holder can’t pay the accrued interest. The mug buys it for face value to find the dates have been altered.

The photographer who takes a snap and a down-payment for getting it printed. Only there is no film in the camera (the mug-faker of this piece’s title).

And to round things off, the moocher is a man who has a child (or two) in their employ made pathetic with bandages and a dab of blood or playing up to a – genuine – black eye. The child gets sympathy, food, and money. They are allowed to keep the first two.

A couple of alternatives for those lacking the subtlety or acting ability (or maybe child) for the above:

Fishing for letters in pillar-boxes by means of a line, lead weight, and something sticky. The hope is to haul up an envelope containing money or a postal order.

Filching pennies from the hands of children who have been sent on errands (really low-down and dirty this one).