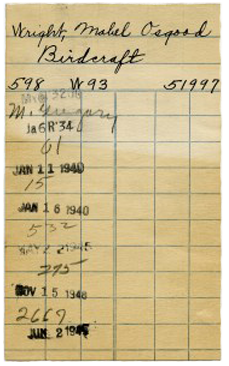 Books and leisure time in which to read them were precious commodities
in a working class East End household of 1920. But the thirst for education was high. In London, adult education had been growing in popularity since the 1914-18 war and was offered by:

May Keaps, my lively-minded leading character, is a child of her time and therefore a regular at the lending library. The London Borough of Poplar had 4 public libraries. They had news and magazine rooms, reference departments and reading rooms, in addition to the lending departments. All were open from 9 a.m. until 9.30 p.m. 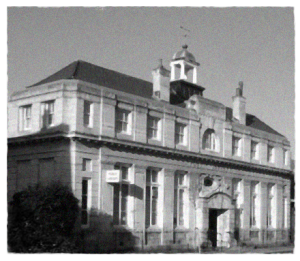 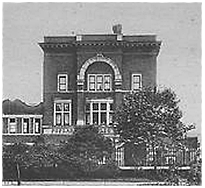 The Cubitt Town Library (left) boasted the new open access system where readers could pick the books from the shelves themselves, which implies it was more usual to have a librarian bring your chosen reading matter to you. The Poplar High Street Library (right) housed a valuable collection of house flags of the famous old shipping lines discharging cargo onto the wharves – including those that fluttered from the masts of the tea clippers from China; the spice ships from India; and those that traded wool from Australia and New Zealand. They must’ve lent an air of exotic mystery to the reading of even the most mundane municipal report.

You might be interested in checking out the library books Oscar Kirk had listed as borrowed in his 1919 diary.

I bought an ex-library book (Aspects of Murder by Harold Dearden) some time ago. A first edition (1951). It had been on the shelves in the Derby Mechanics’ Institution Library and had the notice below pasted onto the title page: 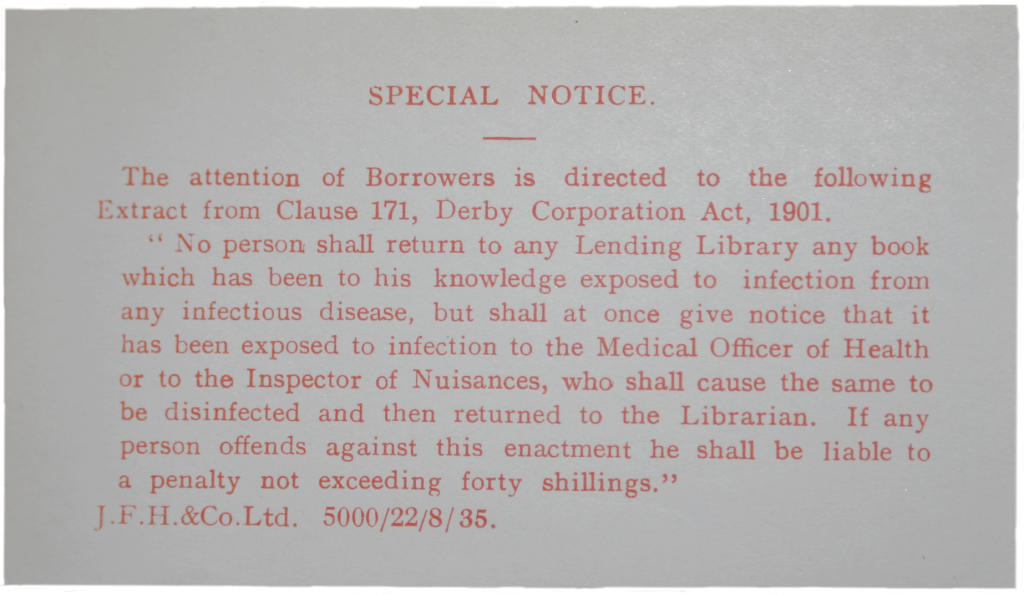 [Who wouldn’t want the job title of Inspector of Nuisances?] The following rules & regulations are from the inside cover of the same book: 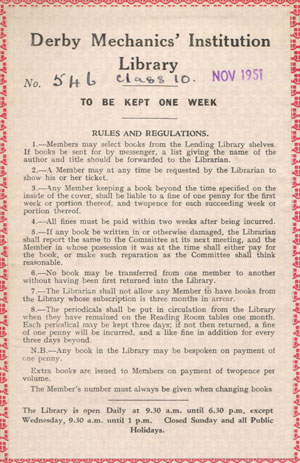